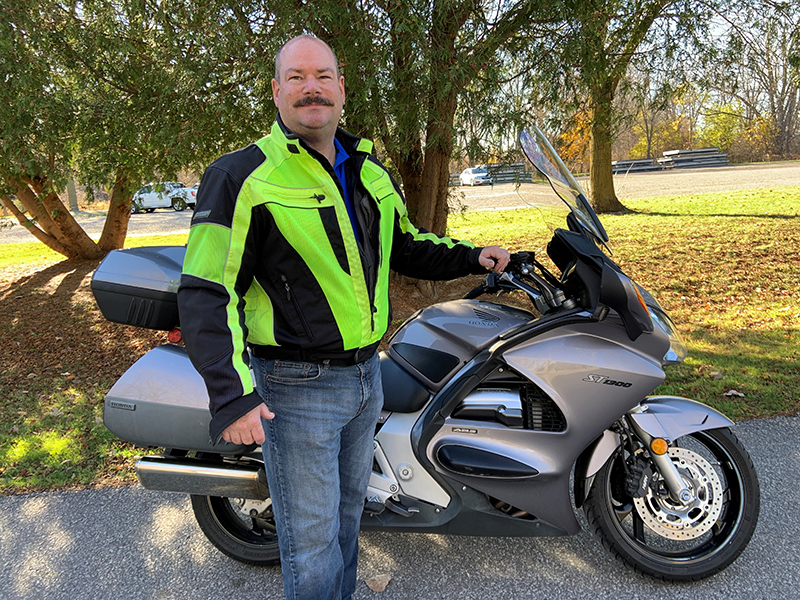 Like many of us, I grew up in a small city and played hockey from the time I could skate. Summers were at the beach with friends. I think I was ‘bit’ by the motorcycle riding bug when my dad and I built a mini-bike when I was young. Riding gets into your bones and you just have to do it. It’s been a part of my life since then, I’d say even more so since I started in policing. Immediately after community college I went to Toronto to start my policing career and I was lucky enough to take my motorcycle training and licence test on a Toronto Police Harley, and I’ve been hooked since.

I have had my own bikes through the years, with gaps, but it’s been a passion for me since 1989. After those first 9 years with the Toronto Police I moved here to Chatham-Kent with my wife and daughter at the time of amalgamation in 1998. I’ve been lucky enough to ride the Harley’s here in Chatham-Kent as well as my own bikes.

Since moving here I’ve continued my education while employed in Chatham-Kent as well. I completed a Diploma of Public Administration at the University of Western Ontario and I am currently enrolled in Wilfrid Laurier University to get my Master of Public Safety. With the support of my police service, and family, I’ve been able to pursue those higher education goals I missed when I was young.