In the fall of 2011, Chief Dennis Poole authorized the expansion of the Pipes and Drums band for not only the existing engagements but also for competitive purposes. The band has expanded to include 9 pipers, 4 side drummers and a bass player. The band is led by Pipe Major Ken Poole, Pipe Sergeant/Band Manager Jim Niven, Drum Sergeant Katie Burchiel and Instructor Tyler Harris.

The Pipes and Drums band wears the National Millennium Tartan on their kilts. Any questions in regards to the band, membership or booking, please contact Jim Niven at Jimn856@yahoo.ca 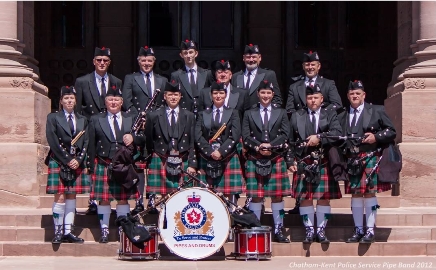 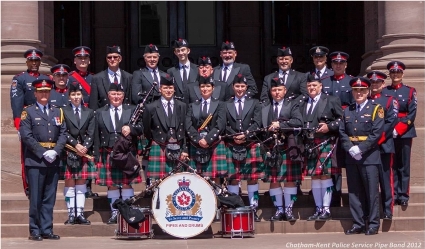