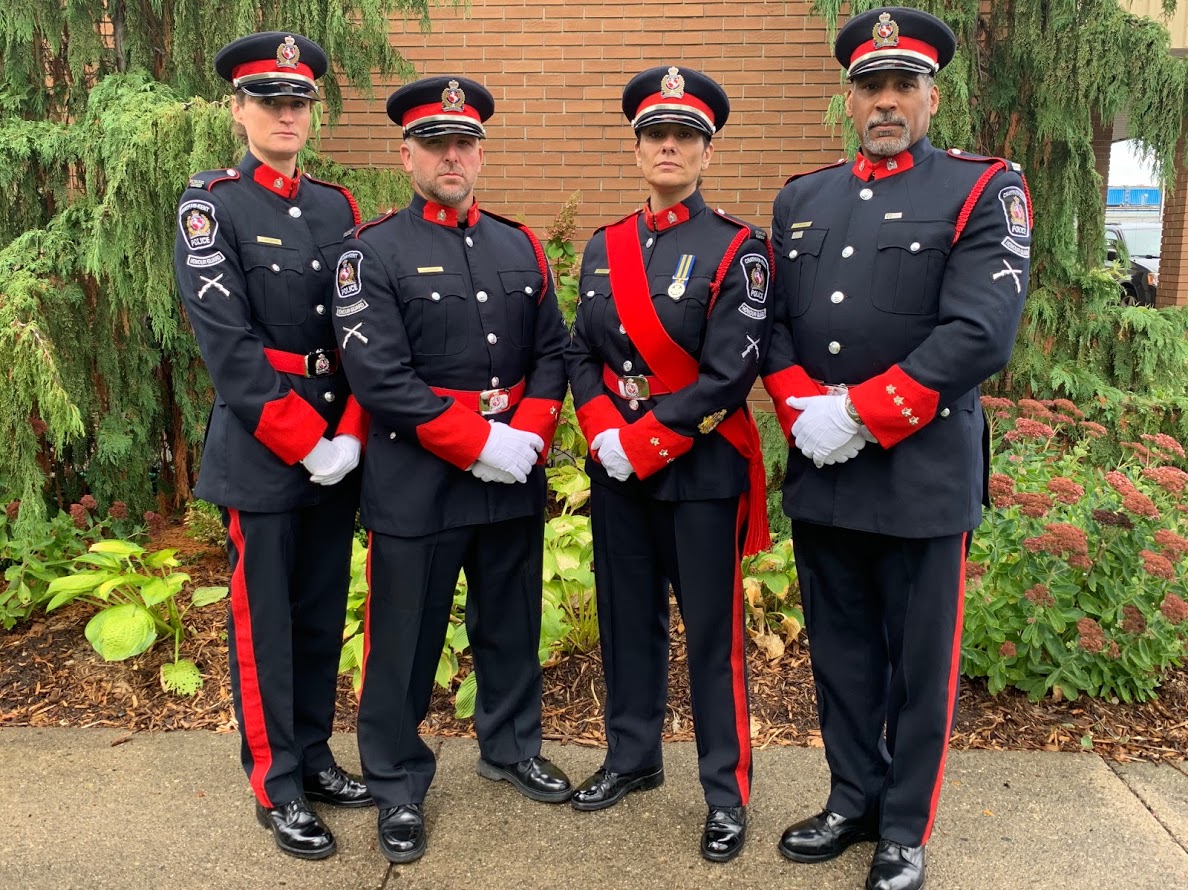 The Honour Guard officially represents the Chatham-Kent Police Service at ceremonial events, carrying the Federal, Provincial and Service flags, escorted with ceremonial guards who bare rifles. The Honour Guard attends various formal functions where it is deemed appropriate by the Office of the Chief of Police. Some of these functions which the unit are called upon to attend are the Police Memorials, both Federal and Provincial, as well as funerals, swearing-in ceremonies, conferences, graduations, civic parades and special events.

The Honour Guard represents the Chatham-Kent Police Service core values by being professional in our duties and respectful to each other and the persons we protect and serve.

If you would like the Chatham-Kent Police Service Honour Guard to attend your event or if you have any further questions, please contact Constable Nicole Kadour at nicolek@chatham-kent.ca or 519-436-6600 extension #83014.