The Chatham-Kent Police Service responded to 191 calls for service in the last 24 hours. Seven people were arrested.

The man exited his vehicle and was observed throwing something under his car. Officers retrieved the black pouch which contained suspected fentanyl, digital scales and small plastic bags.

The man was arrested and upon being searched was found to be in possession of marihuana and cash.

Total street value of the drugs seized was approximately $18,500.

The 31-year-old Chatham man has been charged with having care and control of a vehicle with cannabis readily available and possession of fentanyl for the purposes of trafficking. He has been held in custody pending a bail hearing. 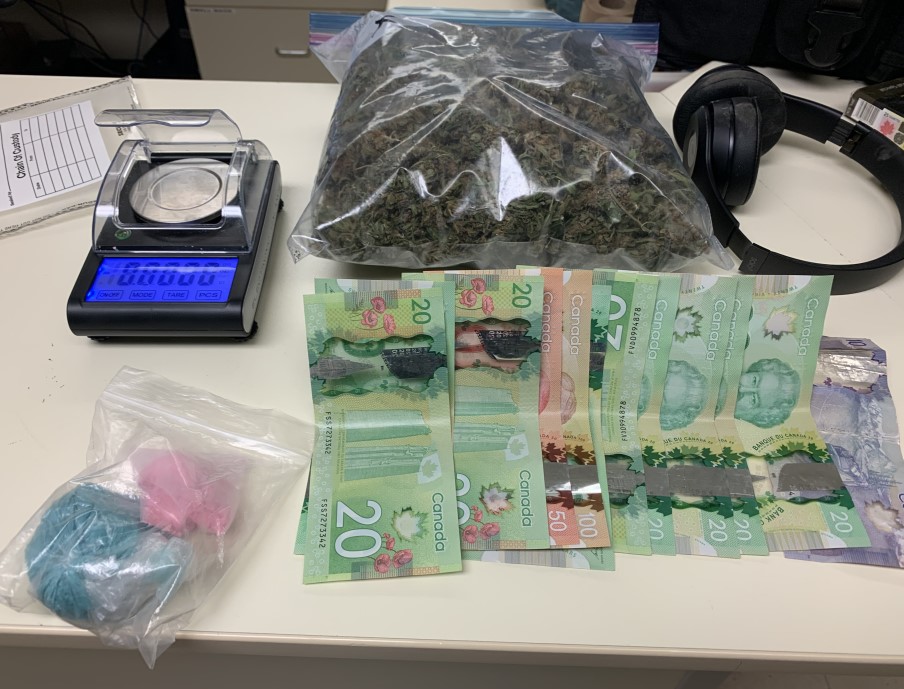 Executed Warrants
CK20013565 – Yesterday afternoon, police received information that a man wanted on ten outstanding warrants was at a residence on St. Clair Street in Chatham. Officers attended and found the man hiding in the attic. The 37-year-old Chatham man was arrested and has been held in custody pending a bail hearing.

CK20013607 – Late yesterday afternoon, a man wanted for failing to comply with his release conditions and failing to attend court was arrested by officers in St. Thomas. The 34-year-old man was transported back to Chatham-Kent for court purposes. He has been held in custody pending a bail hearing.

CK20013693 – Around 3:00 a.m. this morning, officers located a man and woman on McNaughton Avenue in Chatham who were both wanted on several outstanding warrants. The 24-year-old man and 31-year-old woman were arrested and have been held in custody pending a bail hearing.

Break and Enter in Chatham CK20013643
Sometime yesterday between 8:45 a.m. and 7:50 p.m. unknown suspect(s) forced their way into a residence on St. Clair Street, causing about $500 damage. Once inside, the suspect(s) stole jewelry and electronics valued at approximately $5000.

The Chatham-Kent Police would like to remind motorists that road safety is everyone’s responsibility. Please watch your speed and obey the rules of road.