The Chatham-Kent Police Service responded to 147 calls for service in the last 24 hours. Seven people were arrested.

Woman Charged with Theft CK21000909
On January 6, 2021 police responded to a theft complaint at Petro Canada on Grand Avenue in Chatham.

Through investigation, police learned that the woman stole various items.

With the assistance of video surveillance, the woman was identified.

Yesterday morning, Ashley Campbell, 36 years, of no fixed address was arrested and charged with theft under $5000 and being in possession of property obtained by a crime under $5000. She was released pending a future court date of February 16, 2021.

Traffic Stop leads to Charges CK21001826
Just before 7:00 p.m. last night, a woman reported to police that the license plates from her vehicle had been stolen while it was parked on Thomas Avenue in Wallaceburg.

Shortly after 8:00 p.m. an officer on general patrol observed a woman driving on Main Street in Wallaceburg with the stolen license plates on her vehicle. The officer initiated a traffic stop and the woman was arrested.

The 33-year-old Wallaceburg woman was charged with being in possession of property obtained by a crime under $5000 along with multiple Highway Traffic Act offences. She was released pending a future court date.

Executed Warrants
CK21001765 – Yesterday afternoon, police located a man who was wanted for failing to attend court to provide a DNA sample. Christopher Heeley, 28 years, of Riverview Drive in Chatham was arrested and charged with failing to comply with a Court Order. He was released pending a future court date of February 3, 2021.

CK21001768 – Yesterday afternoon, police arrested a man who was wanted for domestic related offences and breaching his Probation Order. The 28-year-old Chatham man was held in custody pending a bail hearing and remanded into custody until February 15, 2021.

CK21001770 – Yesterday afternoon, police initiated a traffic stop in Chatham. Through investigation, police learned that the driver was wanted for failing to comply with his release conditions. The 51-year-old Chatham man was arrested on the outstanding warrant and additionally charged with driving with no insurance and driving with plates not authorized for the vehicle. He was released pending a future court date of February 24, 2021.

CK21001851 – Last night, police responded to the report of an unwanted man on the property of a business in Chatham. Officers located the man and through investigation learned that he was wanted in connection with several shoplifting incidents in Chatham. Christopher Allely, 50 years, of Bloomfield Road in Chatham was arrested and released pending a future court date of January 27, 2021.

Frauds and Scams
The key to protecting yourself is by understanding how you could be targeted. Reduce the chances of being a victim by taking the following steps to secure your devices and accounts:
– Be on guard for scams
– Secure your social media and email accounts
– Apply updates to your mobile devices and computer
– Store your data securely
– Use a strong password 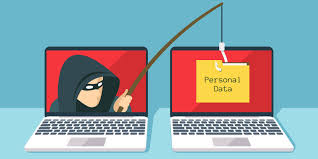