The Chatham-Kent Police Service responded to 192 calls for service in the last 24 hours. Six people were arrested.

Woman Charged with Failing to Sign In CK20002144
On September 10, 2019 the woman was released from Court with several conditions. One of those conditions stated that she was to attend police headquarters every Wednesday between 8:00 a.m. to 4:00 p.m. to sign in.

Last night, police located the woman and she was arrested. Joanne Regnier, 36 years, of Sandys Street in Chatham was charged with failing to comply with her release conditions. She was released pending a future court date of January 17, 2020.

Man Charged with Breaching his Probation Order CK20002069
On August 2, 2019 the man entered into a Probation Order with several conditions. One of those conditions stated that he was not to attend within a 100m of where a specific woman lives or works.

Yesterday afternoon, the man attended the woman’s residence in Chatham.

Officers located the man a short distance away and he was arrested.

The 30-year-old man of no fixed address has been charged with breaching his Probation Order. He has been held in custody pending a bail hearing.

Executed Warrants
CK20002026 – Yesterday morning, police located a man wanted for uttering threats and failing to attend court. The 56-year-old Blenheim man was arrested and transported to the Courthouse pending a bail hearing.

CK20002034 – Yesterday morning, a woman wanted for fraud related offences and failing to comply with her release conditions was arrested by OPP. The 45-year-old Essex woman was escorted back to Chatham-Kent for court purposes. She was transported to the Courthouse pending a bail hearing.

CK20002090 – Yesterday afternoon, police located a man on Adelaide Street who was wanted for failing to attend his Bail Supervision appointment in December. Trevor Smith, 50 years, of Elm Street in Chatham was arrested and released pending a future court date of February 13, 2020.

CK20002095 – Yesterday afternoon, a woman wanted for failing to comply with her release conditions attended police headquarters and turned herself in. Alisha Allen, 25 years, of McNaughton Avenue in Chatham was arrested and released pending a future court date of February 4, 2020.

Break and Enter in Tilbury CK20002086
Sometime between Sunday and Monday, unknown suspect(s) forced their way into a residence on Athlone Road and stole televisions, a PS4 gaming system and microwave.

Through investigation, the red Honda generator was recovered in a stolen boat behind 190 Thames Street in Chatham yesterday morning.

Theft of Electronics in Romney Township CK20002035
Sometime late Friday night or early Saturday morning, unknown suspect(s) entered an unlocked garage on Talbot Trail and stole a 42” TCL Roku television and HDTV antenna. Total value of the theft has been estimated at $330.

Erie Beach Advisory
Since the beginning of the year, police have responded to break and enters in the area of Erie Beach, specifically to cottages and garages on Towanda Boulevard and Erie Shore Drive.

The Chatham-Kent Police would like to encourage those who own property in this area, to please have someone check to ensure that all doors and windows are secure.

If you suspect, someone has entered your cottage or garage, please call us to report the incident. If you see or hear anything suspicious near a property that you know is vacant, please call us immediately.

Traffic Enforcement CK20002058
Yesterday afternoon, members of the Traffic Unit were conducting enforcement in Tilbury when officers observed a vehicle where neither the driver or passenger were wearing their seatbelts.

A traffic stop was initiated on Mill Street West and a 44-year-old Tilbury woman along with her 19-year-old daughter were charged with failing to wear their seatbelt.

We would like to remind everyone that failing to wear your seatbelt is a $240 ticket and 2 demerit points. Seatbelts save lives… so buckle up and drive carefully. 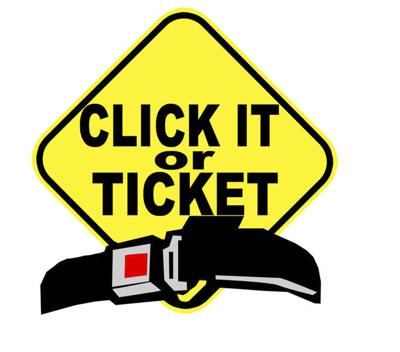