As a result of searching a residence and vehicle, officers seized suspected cocaine, fentanyl and methamphetamine along with digital scales, ammunition, Canadian currency, debt list and multiple cell phones.

A 46-year-old Chatham man was arrested and charged with:
– Possession for the purposes of trafficking (3 counts)
– Possession of ammunition contrary to a Prohibition Order (4 counts)
– Failing to comply with his release conditions (3 counts)

A 28-year-old Chatham woman was arrested and charged with:
– Possession for the purposes of trafficking (3 counts)

She was released pending a future court date of February 10, 2022.

Total street value of the seized drugs was approximately $3,800.

Man Charged with Impaired Driving CK22001935
Last night around 6:30 p.m. police responded to the report of a suspicious man, urinating in a parking lot of a business on St. Clair Street in Chatham.

An officer on general patrol located the man in the parking lot, slumped over in the driver’s seat of a vehicle. The officer was able to wake the man after knocking on the window a couple times. Through investigation, the officer believed the man was operating his vehicle while under the influence of alcohol and he was arrested. The man was transported to the Chatham-Kent OPP Detachment for breath tests and his vehicle was towed from the scene.

Jeffery Wain, 46 years, of no fixed address, has been charged with having a blood alcohol concentration exceeding the legal limit. He was released when sober with a future court date of February 1, 2022.

The Chatham-Kent Police would like to thank the observant citizen who reported their concerns to police. If you suspect someone is driving while impaired, please call 911. Your call may help save a life.

Through investigation, police learned that in December, the man contacted a company, advertising the sale of sea containers, on the Internet. The man believed the company was legitimate and sent a deposit via e-transfer for $2,125 for the purchase of a 40 foot sea container. The man never received the sea container and the contact information for the company is no longer available.

The Chatham-Kent Police would like to remind citizens that the key to protecting yourself from a fraud or scam is to first of all – recognize it. Watch out for fake or deceptive ads, or spoofed emails. Always verify the company and its services are real before you make contact with them. Take the time to do your research before taking any action.

Protect yourself with these safety tips https://www.antifraudcentre-centreantifraude.ca/protect-protegez-eng.htm

For more information about scams and frauds, please see https://antifraudcentre-centreantifraude.ca/index-eng.htm

Now Hiring
Looking for a career that makes a difference?

We are currently hiring for the position of Cadet / Constable, which includes experienced police officers. If you would like to serve and protect our community, please see https://ckpolice.com/recruitment/

The deadline to apply has been extended to February 14, 2022. 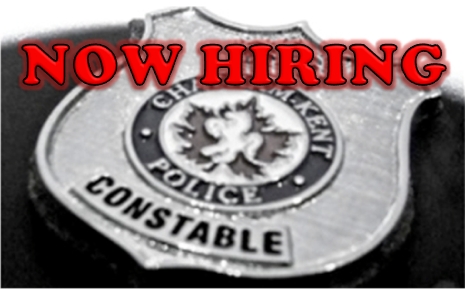