Through investigation, police seized over $83,000 worth of suspected methamphetamine, fentanyl and cocaine from the vehicle. Digital scales, packaging material and a large amount of Canadian currency was also seized.

A 20-year-old man and 17-year-old youth, both from Toronto, were arrested and charged with three counts of possession for the purposes of trafficking. They have both been held in custody pending a bail hearing. 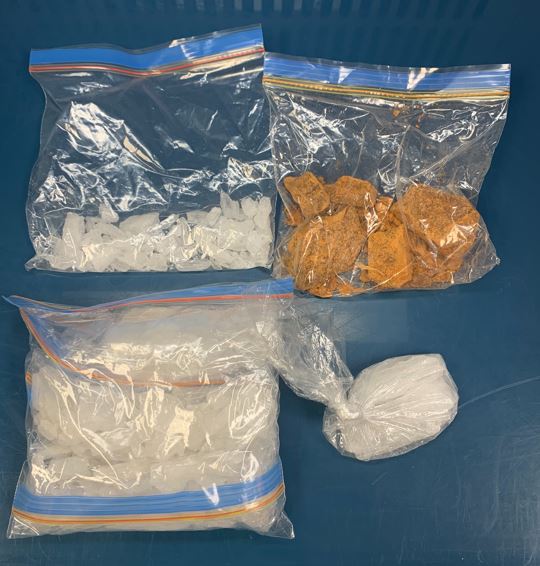 Man Charged with Theft CK21027784
Around 3:00 a.m. this morning, police responded to the report of a suspicious man in the area of Prince Street South in Chatham.

The 31-year-old man, of no fixed address, has been charged with two counts of theft under $5000 and two counts of being in possession of property obtained by a crime under $5000. He has been held in custody pending a bail hearing.

Break and Enter in Chatham CK21027776
Just before 2:00 a.m. this morning, police responded to an alarm at Van Zelst’s Market on King Street East.

Through investigation, police learned that unknown suspect(s) entered the building and stole a laptop.

Ten motorists were stopped and charged with speeding.

We would like to remind drivers that you can’t get caught speeding, if you don’t speed. Please slow down and obey the posted speed limits.