Give Buses a Brake

Give Buses a Brake

Last week, with the re-opening of schools, the Chatham-Kent Police Service Traffic Management Unit conducted the ‘Give Buses a Brake’ safety initiative. Officers patrolled numerous bus routes throughout the Municipality and school bus pick-up and drop-off zones were monitored. In addition, speed enforcement was conducted in various community safety zones near schools.  Crosswalks were also targeted for enforcement initiatives. The goal was to ensure the safe return of students to school after an extended summer break as well as reminding motorists to use caution near schools and when encountering school buses.

In total, 77 tickets were issued during the four-day project.  Most drivers were charged with speeding through Community Safety Zones.  One motorist was charged with stunt driving after observed driving 93km/h in a 40km/h zone in front of a school.

The Traffic Management Unit would like to thank the many bus drivers, bus-coordinators and school officials who worked in collaboration with our Police Service to make the first few days of school successful for students across Chatham-Kent.  Stay Safe and ‘Give Buses a Brake’. 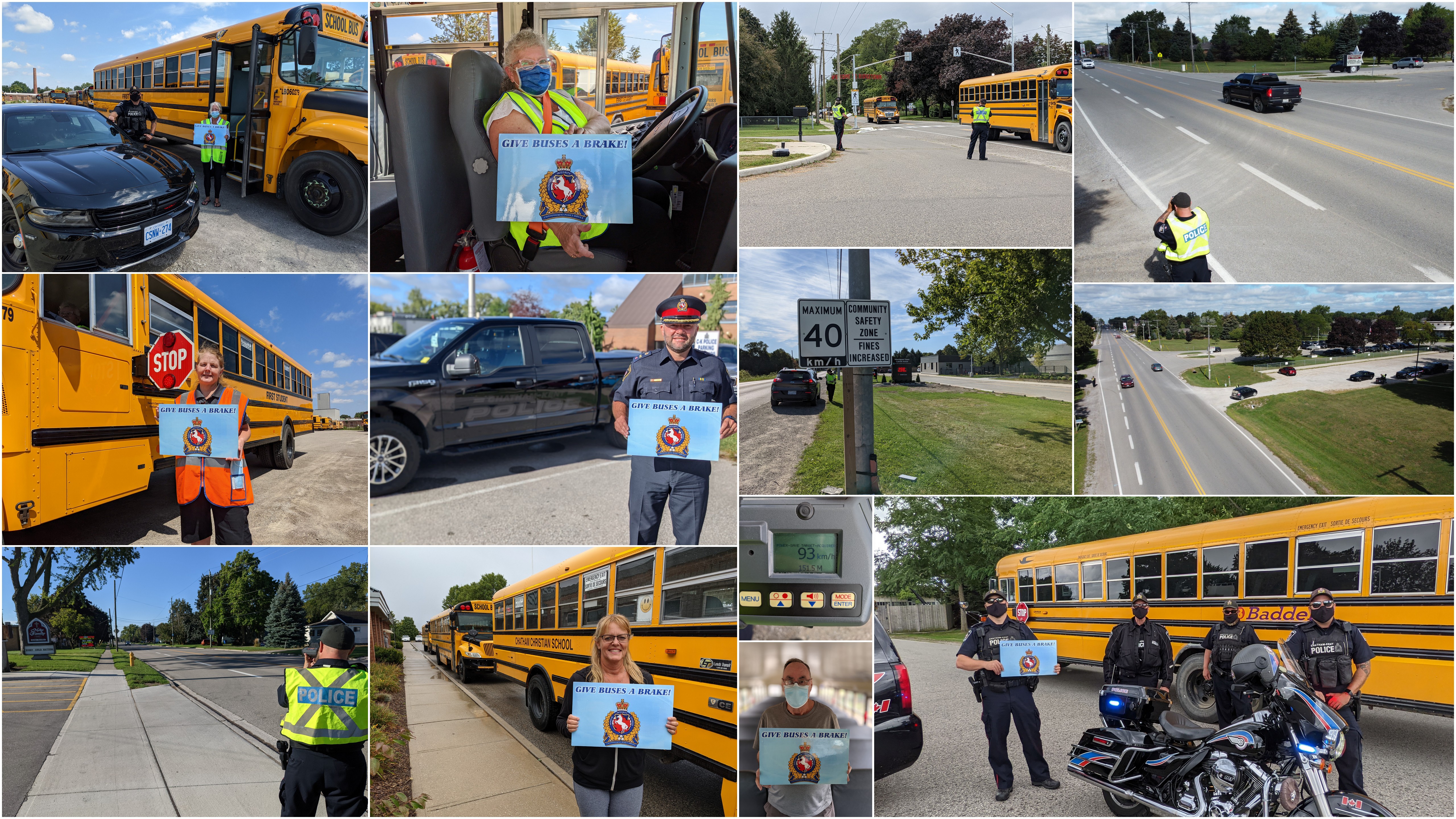