The Chatham-Kent Police Service responded to 172 calls for service in the last 24 hours. Six people were arrested. Two women were arrested on outstanding warrants.

Man Charged with Domestic Related Offences CK20028117
Early yesterday morning, the man attended his ex-girlfriend’s home in Chatham. When she denied him entry, he broke the window to a locked door, reached inside to unlock the deadbolt and entered the home. Once inside, the man searched the home and damaged the woman’s cell phone. Upon leaving, he helped the woman board up the damaged door and fled on foot.

Through investigation, police learned that the man also smashed a window to the woman’s home last month.

Police located the man a short time later and he was taken into custody. The 33-year-old Chatham man has been charged with break and enter and two counts of mischief under $5000. He was released pending a future court date of August 28, 2020.

Traffic Complaint leads to Impaired Charges CK20028164
Yesterday afternoon, a concerned citizen called police to report an erratic driver in Chatham. The man was observed hitting a sign on Oxley Drive and driving on the wrong side of the road.

Officers located the man on Craven Drive and a traffic stop was initiated.

Through investigation, police believed the man was driving while under the influence of alcohol and he was arrested. He was transported to police headquarters for breath tests.

Bradley Dewagner, 48 years, of Colwell Street in Wallaceburg has been charged with having a blood alcohol concentration exceeding the legal limit. He was released pending a future court date of August 28, 2020.

Man Charged with Mischief CK20028163
Yesterday afternoon, police responded to the report of a suspicious man on Baldoon Road in Chatham. Offices located the man and through investigation he was arrested in connection with a mischief investigation earlier this week where a truck was damaged with a shovel on Duluth Street in Chatham. Total damage was estimated at $10,000.

Michael Danuk, 37 years, of McNaughton Avenue in Chatham was charged with mischief over $5000. He was released pending a future court date.

Through investigation, police learned that the man approached an employee working on a cable box near his residence and threatened him while in possession of a pipe.

The 30-year-old Wallaceburg man was arrested and charged with being in possession of a weapon for a dangerous purpose, uttering threats and assault with a weapon. He has been held in custody pending a bail hearing.

Theft of Tools in Chatham CK20028126
Sometime late Tuesday night or early Wednesday morning, unknown suspect(s) forced their way into a storage container on the property of a business under construction on Grand Avenue West.

Once inside, the suspect(s) stole:
– Various DeWalt tools all marked with ‘6T’ written in black
– EDCO single disk floor grinder – painted green and used for raising edges of uneven sidewalks 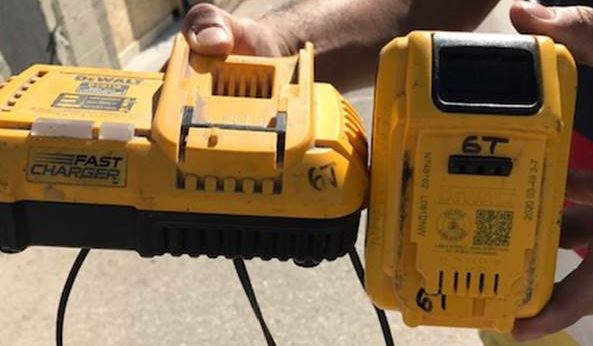 Roadside Scam Warning CK20027782
On Monday afternoon, a woman reported to police that over the weekend, she was stopped at a Service Centre in the Ridgetown area with her husband, when they were approached by two men, selling jewelry for cash as they needed money for their children.

The couple agreed to pay $250 for two rings, a pendant and chain. They later learned that the jewelry was of little value.

We would like to remind citizens not to fall prey of scams that aim at taking advantage of people’s generosity. If the situation appears suspicious, use caution and call police immediately with physical descriptors of those involved along with a description of their vehicle including the license plate, if possible. 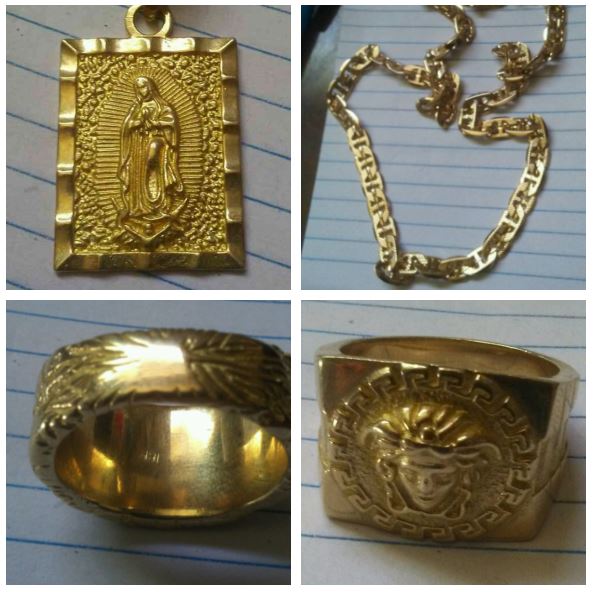